Be sure to check out our 90-minute audio course covering your most pressing EIDL loan questions under "Services and Fees".
Phone: 1-877-436-4533  Email: Jason@jasontees.com

4 Keys To Negotiating Anything

My brother has a saying.  “Everything’s negotiable” is what he loves to say.  And over the years, I’ve (mostly) found that little pearl of wisdom to be true.  In today’s article, I’m going to walk you through some of the tactics and best practices I’ve found to be successful through the years.

While the bulk of the negotiating I do is relative to SBA loan default, these tidbits are applicable to any type of negotiation.

I once owned a food truck.  A pizza truck to be exact.  Pretty funny, right?  It was back in 2013, and while Distressed Loan Advisors will always be my baby, I was itching to try something new.

I’d never worked in a pizzeria.  I’d never even worked in a restaurant.  My only qualification was that I love pizza.  What could go wrong!?

Yet, there I was, stalking the Craigslist “business for sale” section.  After actually going to see a few places that were for sale, I just couldn’t pull the trigger.  The idea of signing a 10 year lease terrified me.

I’ve seen enough carnage to know how, despite even having the requisite experience, planning and funding, business ventures can still fail.  The other thing that nagged me were the hours.  Sure, I could hire people, but any entrepreneur knows that nobody will run your business with the same care that the owner does.

With two small kids, a wife who works a ton, and no experience with running a pizzeria, I decided to pursue my passion for pizza on a much smaller scale: a food truck.

Food trucks were more expensive than I expected.  Some cost $100K or more.  I finally found a pizza truck for less than $100k.  It was priced at $80k.  Still much more than I wanted to spend.

Keep Your Eyes On The Prize

In the heat of negotiations, tensions can run high.  Going back to my pizza truck example, when I decided to sell the truck, I had some very low offers.  And I made a mistake: I got emotional.

What I should have done was taken the opportunity to engage them.  I should have explained that the ovens alone sell for that, and of course the entire setup is hard to come by with the running water, sinks, generator, etc.  In other words, when it comes to something like this, the whole is greater than the sum of its parts due to the amount of man hours that would go into re-creating a setup like that.

The lesson here: don’t take the opposing side’s terms personally.  They are just trying to get the best deal possible, just like you.  If you redirect that frustration towards finding common ground (like, I have a pizza truck, you want a pizza truck, let’s work something out), you’ll have a much great chance of success.

Understanding Alternatives (Both Yours and Theirs)

I once took a negotiating class.  One of the things that I remember is when you are neogtiating, it’s important to remember to examine yours and your counter party’s B.A.T.N.A., which is an acyronym:

When it comes to negotiating settlements, bankruptcy is often examined.  Knowing whether a borrower would qualify for personal BK is useful because it gives a real and viable alternative to a settlement.  This means the borrower can choose not to settle if the terms are not to his liking, and he has another way to protect himself.

Compare this with a borrower who cannot file for personal BK because of significant income or assets.  That weakens their negotiating power because they know if a settlement isn’t reached, they can’t avoid a lawsuit with a BK filing.

When you are negotiating, the general rule is when you have numerous and/or attractive alternatives, it gives you the upper hand.  When you have limited options, you are in a weaker position that may force you to make concessions.

If a borrower pledged their home as collateral, and that home has $100K in equity in it.  They are unemployed and have no other personal assets.

So what are the borrowers alternatives?

A) Pay the bank something close to $100K in order to settle.

B) Don’t pay the bank, and risk them foreclosing on the house.

In this case, the borrower’s BATNA isn’t so good.  So if they have the resources to pay the $100K, and want to keep the house, they’ll likely need to pay the bank.

A borrower pledged no collateral, has no job, and has no assets.  The borrower offers $10,000 to settle,

What are the BANK’S alternatives in this case?

So in this case, the borrower has much stronger BATNA than the bank. 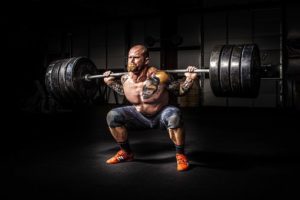 Since I sold my pizza truck, I really miss the pizza that those special ovens turned out.  So recently, I’ve been scouring the internet trying to find an oven that I can keep in my garage (don’t tell my wife!).  I found ovens that range from $1,000 to $3,500, and then a food cart setup for $5,500.

I reached out to the seller of the cart, and explained that while I understand it’s being sold as a package, I’m really only interested in the oven.  Since and oven goes for much less, I offered $2000.  Much less than the $5,500 he was asking, but in line with what I’d expect to pay for a standalone oven.

It’s worth mentioning that just because I understand the value of his oven, it doesn’t mean the seller is going to understand that.  In that case, I don’t think he understands the market.  It’s been for sale for a year, so clearly the market disagrees with his assessment of the carts value.

I found a different oven on Craigslist listed for $2,000. He was able to show me that the conveyor belt ran, but couldn’t show me that it heated up properly.  Instead of taking a chance that I’d be purchasing a defective oven, I looked up the service manual for that particular oven.  And I’m glad I did!  The troubleshooting section of the service manual listed a dozen or so possible issues that could cause the oven not to heat.  In other words, a lot of things could go wrong.

I emailed the gentleman and explained that since it could not be demonstrated that the oven heats properly, I couldn’t assume that it works.  With some of the fixes being quite expensive ($1000 or more), I couldn’t simply pay full price and hope the oven worked as it should.

He emailed me back that he “had to assume that it did work, since it was pulled from a working restaurant”.  Considering he bought the oven 1.5 years ago, I found that to be a silly position to take.  So I didn’t get that oven, but the fact that I understood the high cost of a repair led me to avoid making the mistake of buying this oven.

The key to a good compromise is when both sides are satisfied.  This is especially important if you are going to repeat business with someone.  If you are buying an oven off Craigslist like I was, that’s probably not as important.

But what about in the case working with a vendor for your business?  Sure, it’s important to get a fair price on your provisions, but it’s also important to recognize that your vendor is running a business too.  If you leave no room for profit, or you give them a colossal headache every time you deal with them, they’ll likely bow out sooner or later to pursue a more fruitful relationship elsewhere.

In terms of negotiating with SBA, I find that fair compromise is typically an amount that  a borrower can afford, while also representing the best recovery for the business (which is of course compared to other alternatives).

My Stream-of-Consciousness Rant About Capitalism, Structural Racism, and The Remnants of Slavery

5 Ways To Prepare Your Small Business For a 2020 Recession

SBA Loan Default? Do These 5 Things